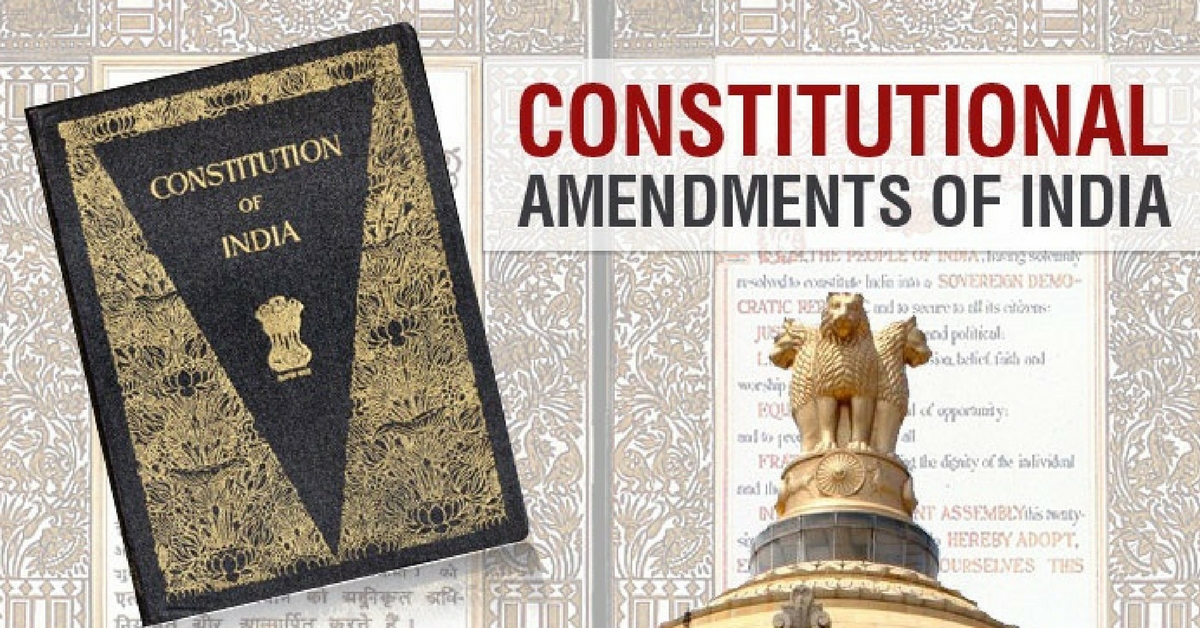 i. Amendment by simple majority of the parliament

ii. Amendment by special majority of the parliament

iii. Amendment by special majority of the parliament and the ratification of half of the state legislatures.

Now all the three ways are explained below one by one:

i. By Simple Majority of Parliament:

So many provisions in the Indian Constitution can be amended by a simple majority of the two Houses of Parliament outside the scope of Article 368. These provisions include:

1. Admission or establishment of new states

2. Formation of new states and alteration of areas, boundaries or names of existing states

3. Abolition or creation of legislative councils in states

4. Second Schedule—emoluments, allowances, privileges and so on of the president, the governors, the Speakers, judges, etc.

6. Salaries and allowances of the members of Parliament

7. Rules of procedure in Parliament

8. Privileges of the Parliament, its members and its committees

9. Use of English language in Parliament

10. Number of puisne judges in the Supreme Court

11. Conferment of more jurisdictions on the Supreme Court

12. Use of official language

14. Elections to Parliament and state legislatures

ii. By Special Majority of Parliament

‘Strictly speaking, the special majority is required only for voting at the third reading stage of the bill but by way of abundant caution the requirement for special majority has been provided for in the rules of the Houses in respect of all the effective stages of the bill’.

The provisions which can be amended by this way include:

(iii) All other provisions which are not covered by the first and third categories.

iii. By Special Majority of Parliament and Consent of States:

Those provisions of the Constitution which are related to the federal structure of the polity can be amended by a special majority of the Parliament and also with the consent of half of the state legislatures by a simple majority. If one or some or all the remaining states take no action on the bill, it does not matter; the moment half of the states give their consent, the formality is completed. There is no time limit within which the states should give their consent to the bill.

The following provisions can be amended in this way:

1. Election of the President and its manner.

2. Extent of the executive power of the Union and the states.

4. Distribution of legislative powers between the Union and the states.

5. Any of the lists in the Seventh Schedule.

6. Representation of states in Parliament.

7. Power of Parliament to amend the Constitution and its procedure (Article 368 itself).