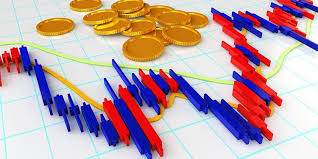 It means ‘merger’. As and when necessity arises two or more companies are merged into a large organisation. This merger takes place in order to effect economies, reduce competition and capture market. The old firms completely lose their identity when the merger takes place.

Where there is an industrial dispute, the Arbitration comes to the force. The judgement is given by the Arbitrator. Both the parties have to accept and honour the Arbitration. Arbitration is the settlement of labour disputes that takes place between employer and the employees.

When a commodity is sold by auction, the bids are made by the buyers. Whose ever makes the highest bid, gets the commodity which is being sold. The buyers make the bid
taking into consideration the quality and quantity of the commodity.

Balance sheet is a statement showing the assets and liabilities of a business at a certain date. Balance sheet helps in estimating the real financial situation of a firm.

Banker’s draft is a negotiable claim drawn upon a bank. Drafts are as good as cash. The drafts cannot be returned and unpaid. Draft is issued when a customer shows his unwillingness to accept cheque in payment for his services or mercantile goods. Bank Draft is safer than a cheque.

It means the drift of intellectuals of a country to another country. Scientists, doctors and technology experts generally go to other prominent countries of the world to better their lot and earn huge sums of money. This Brain-Drain deprives a country of its genius and capabilities.

A loan made by a bank for a short period to make up for a temporary shortage of cash. On the part of borrower, mostly the companies for example, a business organization wants to install a new company with new equipments etc. while his present installed company / equipments etc. are not yet disposed off. Bridge loan covers this period between the buying the new and disposing of the old one.

It is unaccounted money which is concealed from tax authorities. All illegal economic activities are dealt with this black Money. Hawala market has deep roots with this black money. Black money creates parallel economy. It puts an adverse pressure on equitable distribution of wealth and income in the economy.

It is concerned with such equity shares whose purchase is extremely safe. It is a safe investment. It does not involve any risk.

These Jobs are concerned with factory. Persons who are unskilled and depend upon manual jobs that require physical strain on human muscle are said to be engaged in Blue Collar Jobs. In the age of machinery, such Jobs are on the decline these days.

It is a document containing a preliminary approved plan of public revenue and public expenditure. It is a statement of the estimated receipt and expenses during a fixed period, it is a comparative table giving the accounts of the receipts to be realized and of the expenses to be incurred.

Barter – The direct trading of goods and services without the use of money.

Bond – A certificate reflecting a firm’s promise to pay the holder a periodic interest payment until the date of maturity and a fixed sum of money on the designated maturity date.

Custom DutyCustom duty is a duty that is imposed on the products received from exporting nations of the world. It is also called protective duty as it protects the home industries.

Capital – All buildings, equipment and human skills used to produce goods and services.  Capital Gain: A capital gain is a form of profit earned on an investment by re-selling an asset

include stocks, bonds, and other financial assets; real estate; commodities; or fine art.

Capitalism: An economic system in which privately-owned companies and businesses undertake most economic activity (with the goal of generating private profit), and most work is performed by employed workers who are paid wages or salaries.

Capitalist Class: The group of individuals (representing just a couple of percent of the population in advanced capitalist countries) which owns and controls the bulk of private corporate wealth, and which as a result faces no compulsion to work in order to support

Carbon Tax: An environmental tax which is imposed on products which utilize carbon-based materials, and hence contribute to greenhouse gas pollution (including oil, gas, coal, and other fossil fuels). The level of the tax should depend on the carbon (polluting) content of each material

Central Bank: A public financial institution, usually established at the national level and controlled by a national government, which sets short-term interest rates, lends money to the credit system. Some central banks also have responsibility for regulating the activities of private banks and other financial institutions.

Class: The different broad groups in society, defined according to what work they do, their wealth, their degree of control over production, and their general role in the economy.

Competition: Competition occurs between different companies trying to produce and sell the same good or service. Companies may compete with each other for markets and customers; for raw materials; for labour; and for capital.

Consumer Price Index: The consumer price index (CPI) is a measure of the overall price levelpaid by consumers for the various goods and services they purchase

Credit: The ability to purchase something without immediately paying for it – through a credit card, a bank loan, a mortgage, or other forms of credit. The creation of credit is the most important source of new money, and new spending power, in the economy.

Census gives us estimates of population. Census is of great economic importance for the country. It tells us the rate at which the total population is increasing among different age groups. In India census is done after every 10 years. The latest census in India has been done in 2001.

The commercial banks are required to keep a certain amount of cash reserves at the central bank. This percentage amount is called CRR. It influences the commercial bank’s volume of credit because variation in CRR affects the liquidity position of the banks and hence their ability to lend.

Clearing house is an institution which helps to settle the mutual indebtedness that occurs among the members of its organisation.

Division of labor –  The process whereby workers perform only a single or a very few steps of a major production task (as when working on an assembly line.)

Deficit: When a government, business, or household spends more in a given period of time than they generate in income, they incur a deficit. A deficit must be financed with new borrowing, or by running down previous savings.

Depreciation: This represents the loss of value from an existing stock of real capital of machinery, equipment, and infrastructure. A company or country must invest continuously just to offset depreciation, or else its capital stock will gradually run down.

Dividends: Many companies pay a cash dividend (quarterly or annually) to the owners of its shares

wants – Desires that can be satisfied by consuming a good or a service.

This law was formulated by Ernst Engel. This law states that, with given taste and preference, the portion of income spend on food diminishes as income increases. According to this law, smaller a person’s income, the greater the proportion of it that he will spend on food and vice versa.

Entrepreneur – One who organizes, manages, and assumes the risks of a business or enterprise.

Equilibrium price – The market clearing price at which the quantity demanded by buyers equals the quantity supplied by sellers.

Excise Tax – Taxes imposed on specific goods and services, such as cigarettes and gasoline.
Exports – Goods or services produced in one nation but sold to buyers in another nation.

Factors of production –  Resources used by businesses to produce goods and services.

Foreign Direct Investment: An investment by a company based in one country, in an actual operating business, including real physical capital assets (like buildings, machinery and equipment), located in another country.

Fixed Capital: Real capital which is installed permanently in a specific location, including buildings, infrastructure, and major machinery and equipment.

Free Trade Agreements: An agreement between two or more countries which eliminates tariffs on trade between the countries, reduces non-tariff barriers to trade, cements rights and protections for investors and corporations, and takes other measures to guarantee a generally liberalized, pro-business economic environment.

Gross domestic product (GDP) – The value, expressed in dollars, of all final goods and services produced in a year.

Households – Individuals and family units which, as consumers, buy goods and services from firms and, as resource owners, sell or rent productive resources to business firms.

Hyper-Inflation: A situation of extremely rapid inflation (reaching 100% per year or more), often resulting from a condition of economic or political breakdown.

Human capital – The health, strength, education, training, and skills which people bring to their jobs.

Imports – Goods or services bought from sellers in another nation.

Inflation – A sustained and continuous increase in the general price level.

Investment: Investment represents production which is not consumed, but rather is utilized in the production of other additional output. Investment also represents an addition to the capitalstock of an economy.

Migration: The movement of human beings from one country or region to another. Sometimes migration is motivated by economic factors (such as the search for employment), sometimes by other forces (such as war, natural disaster, or famine).

Mortgage: A mortgage is a special kind of credit, usually longer-term in duration, used to finance the construction or purchase of property or a long-lasting structure (such as a home or building).

Prices – The amounts that people pay for units of particular goods or services.

Poverty: A state of having inadequate income or other resources to support a household or group of households at a basic standard of living. Poverty can be measured in absolute or relative terms.

Property tax – Taxes paid by households and businesses on land an buildings.

Public-Private Partnerships (PPPs): A form of financing public investment, and sometimes the direct provision of public services, in which finance is provided by private investors (in return for interest), and private firms are involved in the management of the construction or operation of the publicly-owned facility. PPPs have been heavily criticized for increasing the cost of public projects and generating undue profits for private investors.

Shares: Financial assets which represent the ownership of a small proportion of the total equity(or net wealth) of a corporation. Shares can be bought and soldon a stock market.

Slavery: An economic system in which most work is performed by individuals who are forcibly compelled to work with no formal compensation, under the control of a slave-owning elite.

Socialism: An economic system in which most wealth is owned or controlled collectively (through the state, other public institutions, or non-profit organizations), and the operation of markets is influenced or managed through regulation and planning.

Speculation: The purchase of an asset (such as a financial asset or real estate) purely in the hope that its market price will increase, allowing a profit (known as a capital gain) to be made on its subsequent resale.

Stock Market: A place where shares of joint stock corporations are bought and sold. Most modern stock markets no longer have a physical presence, but rather consist of connected computer networks.

Tariff – A tax on an imported good.

Taxes – Required payments of money made to governments by households and business firms.

Unemployment – The situation in which people are willing and able to work at current wage rates, but do not have jobs.

Wages – The payment resource earners receive for their labor.

Wealth Tax: A tax in which owners of particular forms of wealth (such as financial wealth, real estate, or inheritances) must pay a specified proportion of that wealth to the government, usually on an annual basis